Many of us have our earliest memories in the kitchen. Something was frying up on the stove – wonderful smells permeating every corner. A lot of those smells were coming from cast iron pans. But cast iron isn’t just for cooking. Cast iron is used in many heavy industrial and manufacturing applications as well!

With its mobility and ease of use, VRC Cold Spray repair system is ideal for repairing cast iron pieces, no matter how big or small. Contact us today for training and a quote.

What Is Cast Iron?

Cast iron is an iron alloy containing carbon, silicon, and smaller amounts of minor elements, depending on the manufacturer. Manufacturers can optimize the formula with small quantities of cerium, copper, manganese, molybdenum, nickel, titanium, and vanadium before being cast.

Cast iron is well-liked for its ability to be easily cast into complex shapes when molten. Cast iron is also an attractive option because of its low cost. We can easily alter its properties by adjusting the composition and cooling rate without a significant production method shift.

While cast-iron withstands compression force well, this brittle metal can crack under excessive tension without warning. You cannot hammer or bend cast iron into a specific shape, limiting its potential for creative applications.

Cast iron’s manufacturing and composition determine the properties of the finished product. It can be classified into grey cast iron, white cast iron, malleable cast iron, and ductile cast iron, depending on its composition. It’s possible to do a whole series of blog posts on the differences, so we’re not going to delve into those today but only use a generic “cast iron” term.

Where Is Cast Iron Used?

Cast iron cookware is a familiar fixture in both residential and commercial kitchens. When you cook with a cast-iron skillet, the heat distributes evenly — far better than aluminum or stainless steel. Cast iron also has a high heat capacity, meaning the pan won’t cool off much when you start adding ingredients. A well-seasoned cast-iron skillet is almost as nonstick as a skillet coated with nonstick material. Plus, once you finish your stovetop steps on any recipe, it can be popped right into the oven, eliminating the need for a second dish for baking. Cast iron boasts long, useful life and a relatively low cost compared with other quality cookware. 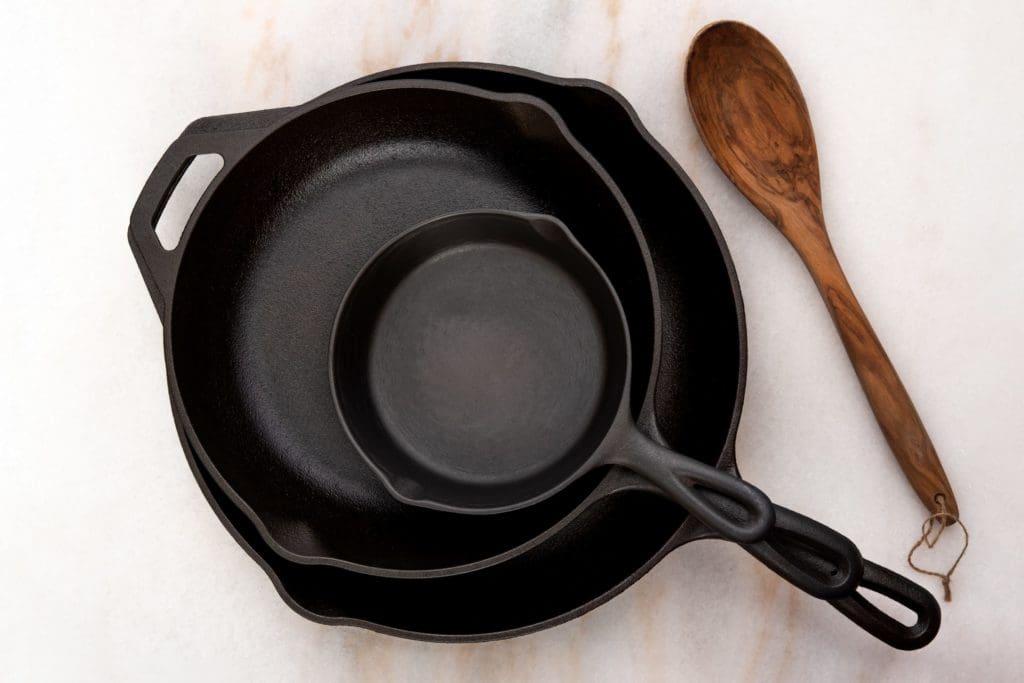 Within the construction industry, the advantages of cast iron pipes have made them a longstanding favorite for regular use. Cast iron pipes greatly dampen noise when compared with plastic PVC pipes. The iron pipes’ gaskets decrease the entire plumbing system’s vibration.

Plus, cast iron pipes last! Cast iron has developed an almost-legendary reputation for longevity. They were first used in Europe in the 16th century. France’s Fountains of Versailles includes cast iron piping that’s been in use for over three hundred years.

One last advantage is that cast iron pipes are largely non-combustible. This allows them to more effectively deter building fires from spreading, compared to plastic pipes.

Where Else Can You Find Cast Iron? 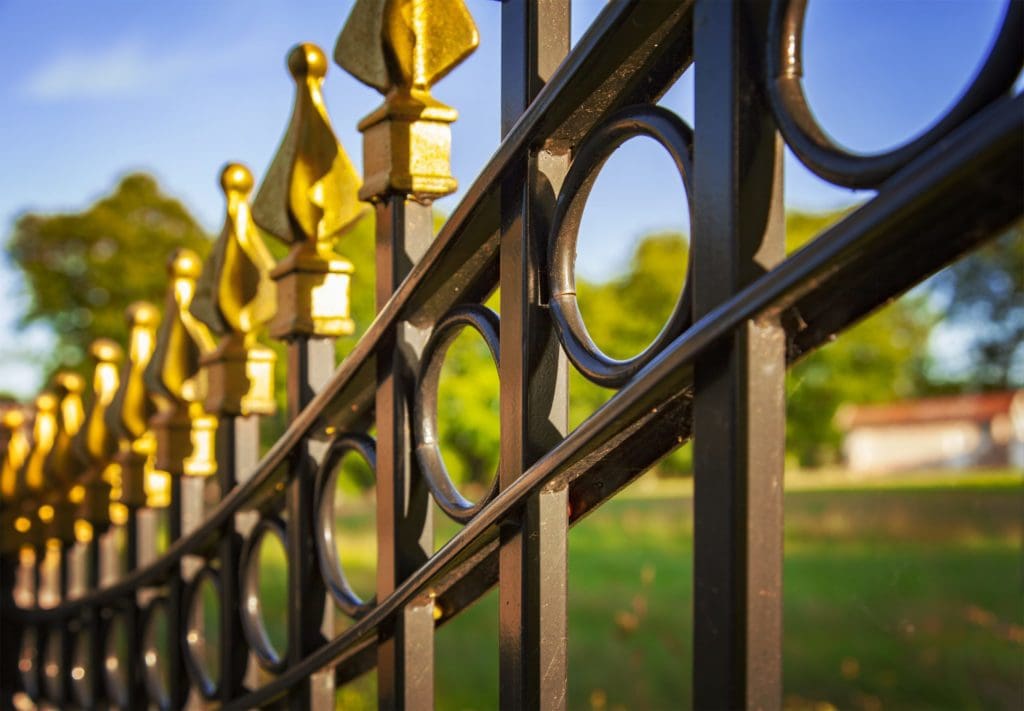 What COULD Damage Cast Iron?

Yes, cast iron is very durable. Pipes made from cast iron are designed to last a long time. In fact, it can last up to one hundred years. The actual lifespan, however, depends on a variety of factors. It is possible that, in some cases, cast iron pipes will start to fail long before those 100 years run out.

Cast iron can be flawed or damaged due to imperfections in the original manufacturing process, such as cracks, casting sand inclusions, or air holes.

And, like all metals, moisture and air can also cause damage to cast iron products.

But let’s face it, even if the manufacturing goes perfectly and the metal is not out “in the elements,” it will need to be repaired or replaced at some time. Some signs of damage can look like: 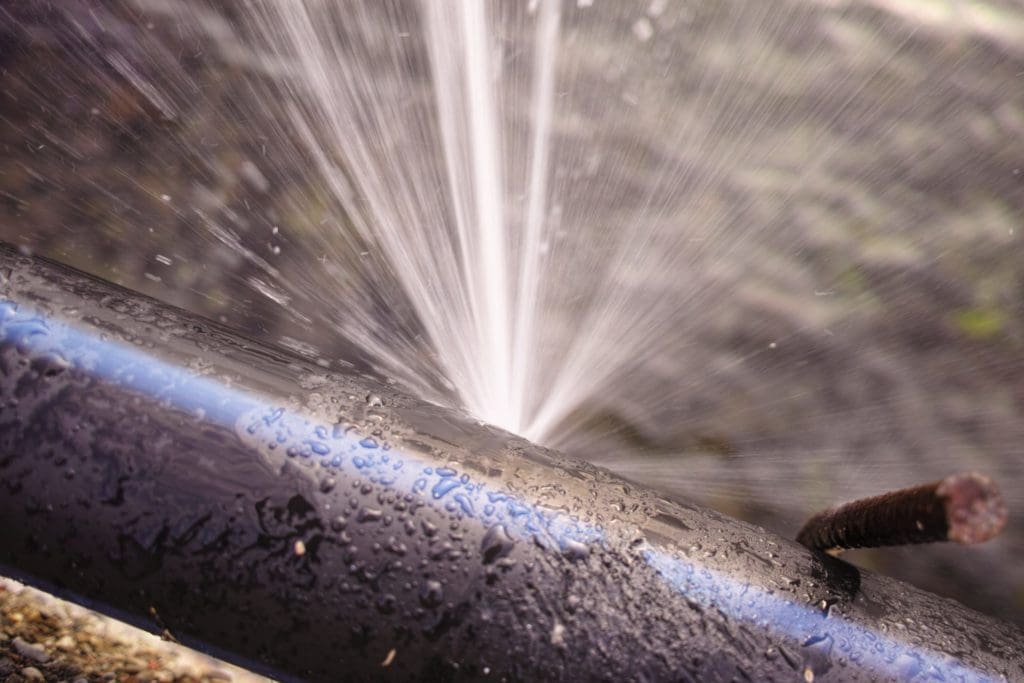 Cast iron is difficult, but not altogether impossible, to weld. In most cases, welding cast iron involves repairs to castings, not joining castings to other parts of the cast iron piece. Damaged cast iron parts are not unusual, given the brittle nature of most cast iron.

When welding, it’s critical that the weld meets or exceeds the material’s mechanical properties to prevent fractures and failures.

Like welding, brazing is a metal-joining process. However, with brazing, metal pieces are joined by melting a filler metal into the joint. The filler metal, of course, has a lower melting point than the adjoining metal.

Brazing differs from welding. It does not involve melting the workpieces. A major advantage of brazing is joining the same or different metals, resulting in considerable strength.

But with both brazing and welding, you are heating the components again, which, over time, will weaken the cast iron. It also leaves the piece open to all sorts of future issues, such as heat-affected zones and alloy decomposition. More importantly, successful repair of cast iron parts typically requires the entire part to be preheated. This can be very time-consuming and costly for large parts such as heavy machinery engine blocks.

These drawbacks are why when our customers come to us needing cast iron repaired, and we recommend cold spray repair. Cold spray repairs do not require preheating!

VRC Metal Systems utilizes cold spray technology to provide protective coatings for various industrial and manufacturing applications. By providing a portable cold spray system, we have revolutionized this process, allowing for fast, cost-effective restoration and repairs to equipment; rather than replacing the equipment.

Cold spray technology is an innovation that involves depositing particles onto surfaces with spray technology. It can be used to apply metals, metal alloys, and metal blends. It creates high-quality repairs that last for years.

There are many benefits to using VRC Metal Systems cold spray products, including:

With its mobility and ease of use, VRC Cold Spray repair system is ideal for repairing cast iron pieces, no matter how big or small. Contact us today, and we can assist with your cast iron repair. 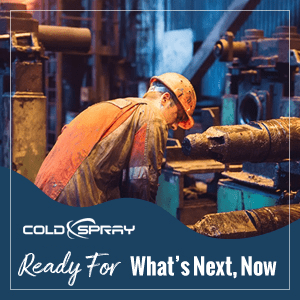