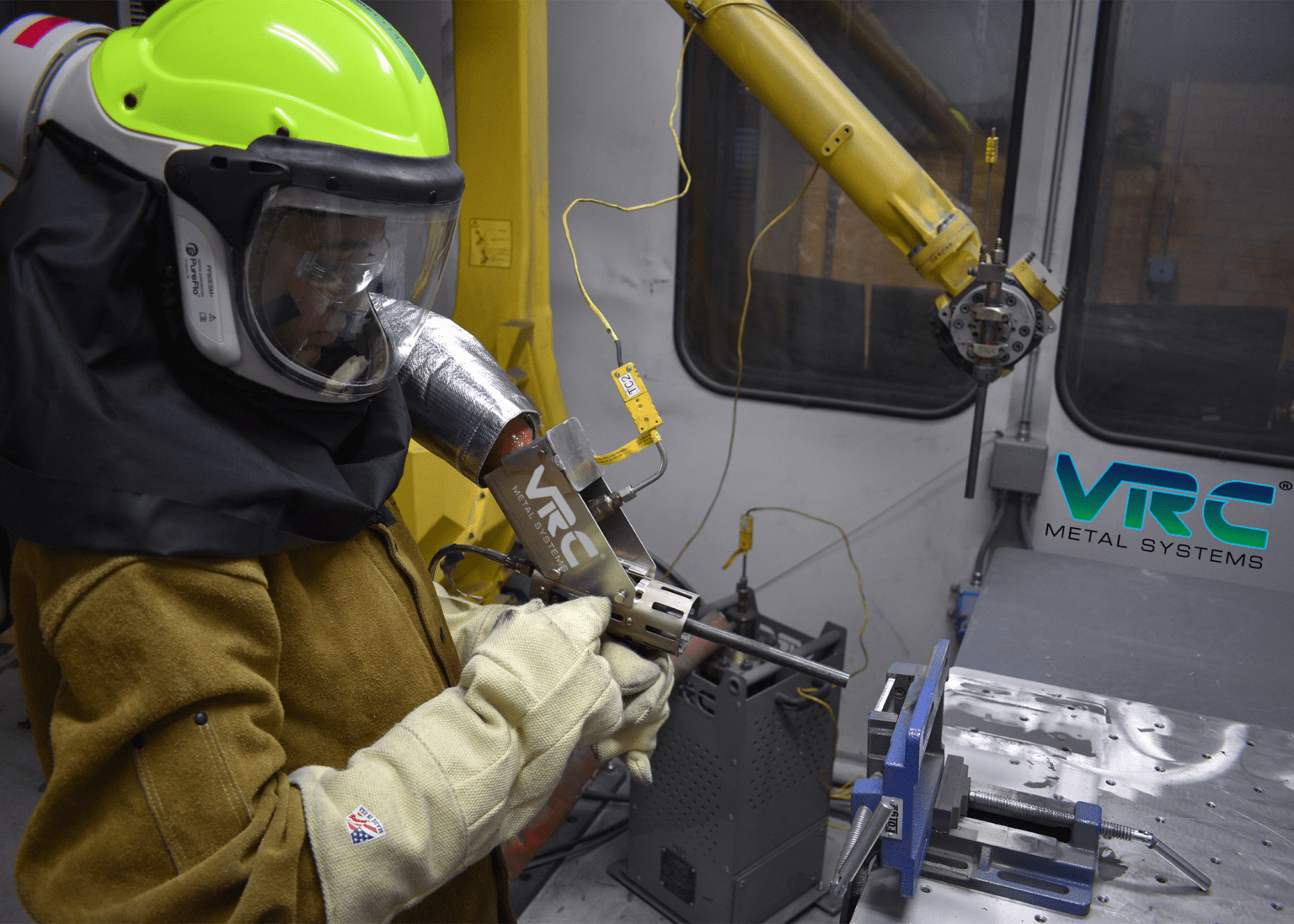 To be the global leader in cold spray and development of advanced manufacturing technologies and applications to provide the greatest value to our customers.

Provide reliable metals deposition technologies, innovation solutions, and manufactured components to give our customers an unparalleled edge in the markets in which they operate.

In 2007, Rob Hrabe retired from the Air Force after 22 years of service. He started HF Webster Engineering Services to commercialize promising metal deposition and repair technologies from the South Dakota School of Mines and Technology (SDSM&T). In 2010, Rob helped recruit Dr. Christian Widener to take over the director position of the Arbegast Materials Processing and Joining Laboratory at SDSM&T, and together they began investigating repair technologies for the Department of Defense and cold spray in particular.

In 2011, working with the Army Research Laboratory, they began developing a hand-held high-pressure cold spray system and applied for a patent through SDSM&T in 2012. Both Widener and Hrabe participated in developing the patent under funding from the Army Research Lab with collaborators Victor Champagne and Dennis Helfritch. VRC Metal Systems, LLC was then founded in January 2013 after obtaining an exclusive license to commercialize the patent-pending cold spray technology. VRC licensed the patent after a joint ownership agreement between the South Dakota School of Mines & Technology and the Army Research Laboratory was completed. In 2018, VRC Metal Systems acquired HF Webster Engineering Services, LLC as a fully-owned subsidiary.

VRC developed the system to provide agile, high-quality repairs in DoD weapon systems for the warfighter at military bases and forward operating locations. Hence, the system’s hand-held capability and mobility were essential design features. Two specific components identified for such a need were equipment access panels and hydraulic lines on the B-1 bomber. Since that time, VRC has developed the commercial and DoD system and has expanded its offerings to include complete turn-key cold spray systems, including additive and subtractive methods. VRC also remains heavily involved in developing cold spray and advanced manufacturing solutions for the Department of Defense and commercial clients.

Because of our early successes, VRC Metal Systems:

VRC is a strong company that is increasing and leading the U.S. cold spray market. While the development of repair applications is on-going in aerospace and defense, the company is expanding its technologies to a growing number of commercial entities for use in both industrial repair and innovative advanced manufacturing process applications. VRC is also expanding into the global cold spray market and is active in international cold spray venues and standards development.